It’s finally here, and just in time for the election! Out October 30th, 2020, it’s the short story Malware, the latest exciting installment in the Marlowe and the Spacewoman universe. 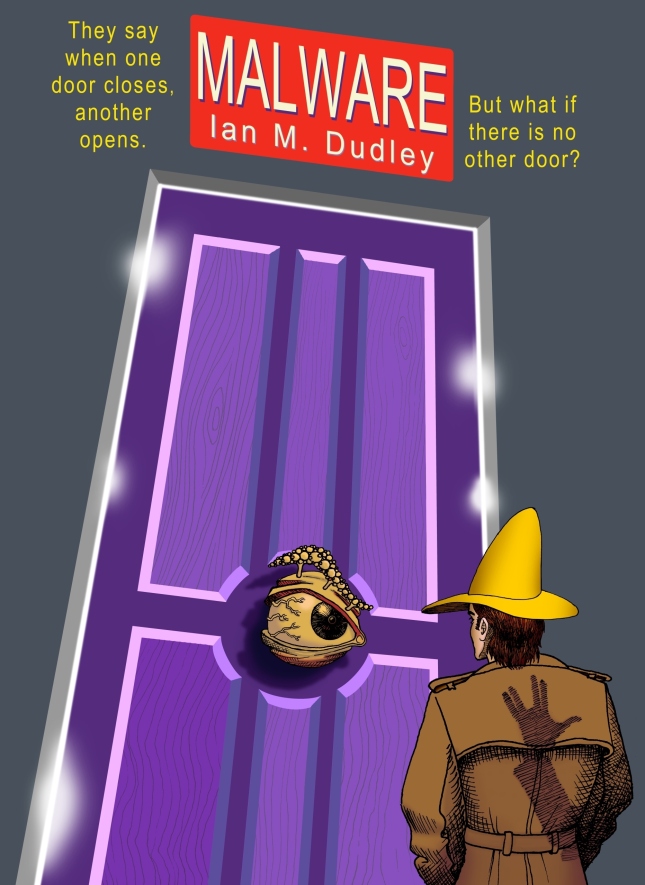 Lately, underappreciated and underpaid private eye Marlowe has found more doors than usual closed to him.

He has only himself to blame, really. He doesn’t exactly have a reputation for good things happening to him or the people around him, and it certainly doesn’t help that he’s (un)lucky enough to be the star witness against the City’s most notorious human criminal, power-hungry narcissist and, thanks to Marlowe, former Chief Minister of Policing Obedere.

(Known as Oobie-Doobie to his victims in Mirth City.)

Given the very high risk of ending up collateral damage, neither the reasonably intelligent nor the unreasonably stupid are dim enough to be caught dead standing next to Marlowe. As if to reinforce that sentiment, the other high profile witness in the trial, Marlowe’s bodyguard, wife, and certified spacewoman (though not necessarily in that order), Nina, has been kidnapped.

It’s up to Marlowe to rescue her, but if there is one constant he can count on, it’s that not everything is as it seems…

* Potential members of the jury are instructed not to infer any guilt from the middle name changes. Potato is a surprisingly common middle name amongst criminals, but does occasionally crop up on the birth certificates of genuinely bland and law abiding, if not decent, members of society. Nor should they read anything into the excessive use of italics in this description.