I am NOT addicted to Q-tips!

First let me just say that I am a calm, rational, logical person who is definitely not addicted to Q-tips.

Or their generic cotton swab brethren either.

Yes, I admit, I used to regularly clear my ear canals of wax using the those handy, tiny tufts of cotton on a stick. It was effective and felt…satisfying. So effective and satisfying (but not addictive!) that it became a daily duty.

If you haven’t cleaned your ears with a Q-tip or the generic equivalent, you can’t understand. The scrubbing sensation, the rustling, up-close sound, the joy when the cotton comes back yellow and your inner ear feels…pure.

It’s simply amazing (but not addictive!).

I’m pretty sure there are a ton of ASMR ear cleaning videos that can give you a sense of it. A pale, shadow-of-reality sense of it.

(That said, don’t blame me if you get lost down that particular ASMR rabbit hole. I recommend a viewing of Star Trek II: The Wrath of Khan as an antidote.)

But ear wax, its nature…waxes and wanes.

Some days it’s moist and clingy and easy to remove.

Some days it isn’t.

Some days it’s dry and brittle and swab-phobic. It’s an entrenched army of bitter angry wax, stretched too thin and unwilling to cede its hard-won inner ear-land.

On those days, the spinning and twirling and rubbing of cottony goodness inside your ear has to be…more vigorous.

And on one of those days, I drew blood.

A lot of blood.

An eliciting from the Missus an “Oh my gawd are you having an aneurysm!?” amount of blood.

The Emergency Room doctor, of course, told me that sticking something deep in your ear and spinning, twirling, and rubbing it is stupid.

That’s the actual medical term for it: stupid. I kid you not.

(See, not addicted. Told you!)

She also explained that the ear has its own way of cleaning itself and getting rid of excess wax. She gave more details, but at that point I had a wad of gauze, a large scab, and no doubt some surplus ear wax clogging things up and making it difficult for me to hear. I got the gist of the message and left it at that.

What my doctor said may be true, but she failed to mention (or perhaps I just didn’t hear) that as you get old (not older, but old, like me), the body’s mechanism for self-cleaning the ears becomes less…pleasant, shall we say?

When I was little and before I had access to cotton swabs, I never thought about the wax in my ears. Whatever self-cleaning was going on went on seamlessly and quietly.

Now I can feel small pieces of wax fall into the bottom of my ear canal, hear the slight rustling sound as it lands, sense when it’s actually falling out of my ear (usually when I’m trying to make a good impression on someone – nothing says “Hey I’m a classy cool, hip and with-it dude” like flakes of wax fluttering out of your ear).

And not bright yellow.

Or an army of microscopic ants marching in and out of the ol’ sound canals.

It’s enough to make an old man want to head to an NRA-approved Death Camp™ (also known as a ‘school’) and end it all.

But instead I find myself reaching for the box of Q-tips again. Not because I’m addicted, but because the bugs are in my ears and I need to get them out.

Fortunately, they get stuck in the ear wax and I can spin, twirl, and scrub them out before they cause any brain damage.

(If you feel compelled to leave any comments, please use ALL CAPS as I’m having a hard time hearing right now.)

Posted by ianmdudley on 26 February 2018 in Angst, Life

Tags: addiction, addition - the poor speller's addiction, ASMR, bugs crawling into your head through your ear, chicken pox, cotton swab, ear bleeding as cultural rite of passage, ear cleaning, ear wax, Is it weird to feel the absence of a Q-tip in your ear? Asking for a friend., NRA death camps, Q-tip, Rather than clean your ears with Q-tips I recommend a mild solution of sulfuric acid. But consult your doctor first to determine the appropriate pH level!!, Star Trek II: The Wrath of Khan has forever scarred me

What Do You Do About A Problem Like Being Too Tired To Make Coffee?

This is the first thing I remember seeing in the morning, once I’ve downed my first cup of coffee.

So I used to hate coffee.

Then I became addicted to it.

Actually, despite the addiction, I still hate coffee. It is the most vile, bitter-tasting form of liquid evil I’ve ever had the misfortune to become hopelessly dependent on.

I used to liken it to drinking from a colostomy bag where the contents are still piping hot, but the missus, her mug firmly in hand, insists I stop saying that out loud while she’s drinking hers.

But man, does it pick you up in the morning.

I get around the horror of coffee’s flavor the way most people would. I drink my coffee one part coffee, two parts sugar, and two parts whipping cream.

I have a very large coffee mug.

This makes drinking the brew survivable, but has done little to help me in the jowl and neck fat department.

My problem with coffee is that the instant stuff tastes like it was summoned from a hell dimension that is, in actuality, a clogged celestial toilet for demons whose diet consists of garlic, pepper spray, and chalk.

No amount of cream and sugar can mask that taste.

But I need my coffee, and first thing in the morning, I am simply too tired and strung out to make a proper cup.

I tried an IV line to keep the edge off while I slept, but I toss and turn a lot and the line kept coming loose. I had the annoying habit of coming awake with a surprisingly large portion of my now coffee-soaked goose down pillow in my mouth, a primal need driving me to suck up the precious remnants that my body craved.

If you think coffee tastes bad without cream and sugar, try it filtered through goose feathers.

Not to mention I’m anemic and bleed like crazy from the holes left by IV lines ripping loose. My arms have more jagged tracks on them than a major metropolitan train station after a derailment, and I now buy blood-red sheets to save on laundry costs.

As with all problems I face, I eventually found a solution. Not a pleasant one, mind you, but a solution nonetheless.

It involved firearms, a coffee shop just before opening, a funnel, and an empty backpack pesticide sprayer.

This plan misfired spectacularly first try, when in my exhaustion-muddled, caffeine-withdrawn state, I tried to steal coffee from a donut shop.

A donut shop full of cops.

You’d think prison would cure you of your coffee addiction, but there are ways, even in prison, to get coffee.

Don’t ask. I prefer not to think about it.

Fortunately, California’s judicial system recognizes the need to intervene over punish when it comes to substance abuse, and my sentence was commuted to lifetime community service without parole.

Every weekend I work in a medical waste facility, handling used colostomy bags.

It makes me want a cup of coffee.

So now I have a slightly better plan.

I have two coffee makers. My $1000 dollar espresso machine and my thrift shop-rescued Mr. Coffee. 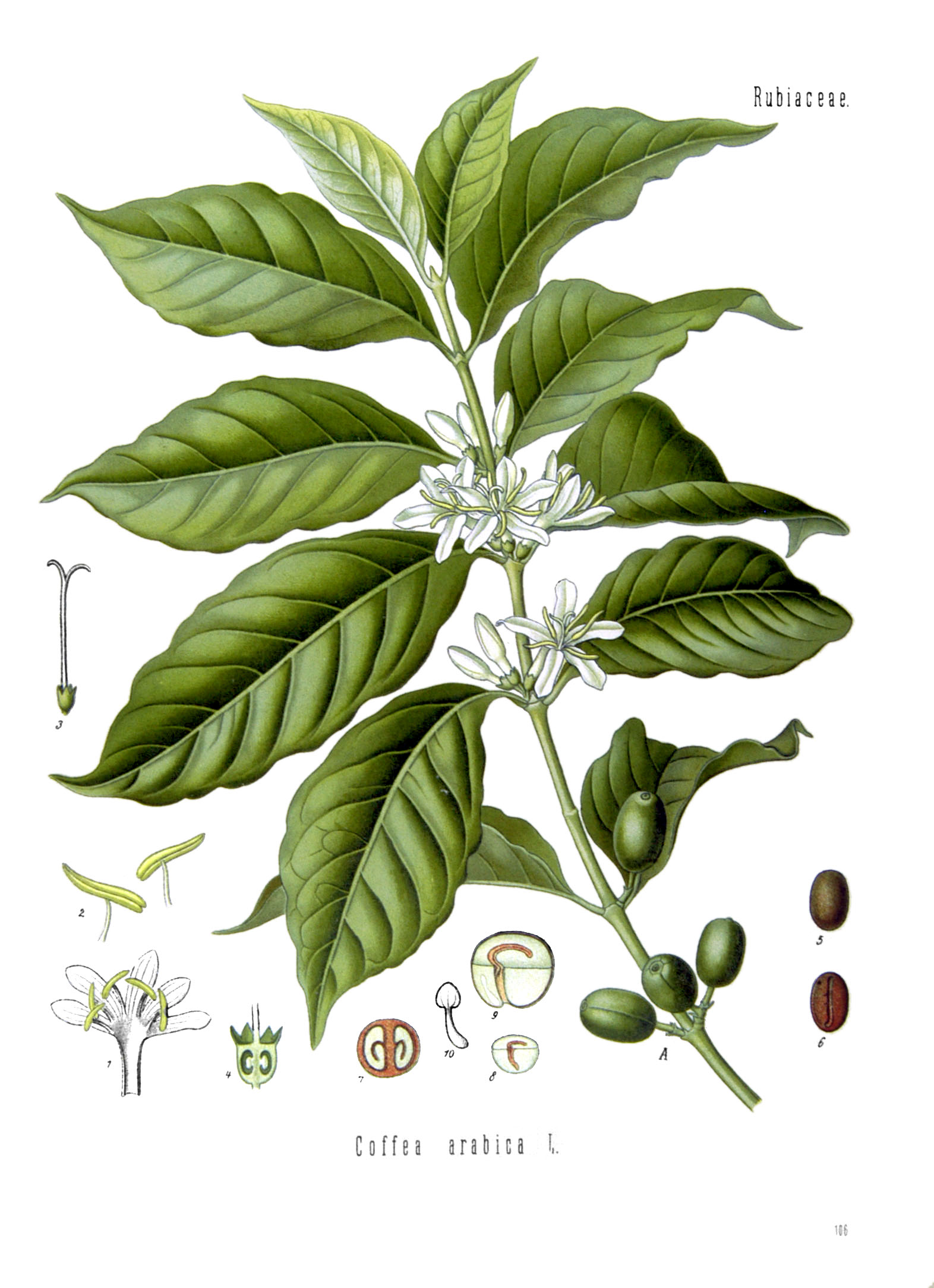 If you didn’t look closely, you’d think this was a picture of cannabis. I imagine row after row of illicit coffee plants hidden in secluded areas of the Santa Cruz mountains, tended by caffed out hillbillies and low-level cartel farmers.

Mr. Coffee makes me a cup of caffeinated laxative by-product, which first thing in the morning, I manage to get down before being awake enough to realize what I’m doing. Mr. Coffee’s brew does little to excite my taste buds (I think they’d run in terror if they could), but it does get me awake enough to make a proper cup of the black stuff.

Right about when the espresso is ready, my morning delivery of cream and sugar arrives.

I get very irate when the delivery is late.

You think caffeine addiction makes you crave coffee, try wanting desperately to wash the taste of Mr. Coffee out of your mouth with a properly constructed espresso.

But unspeakable depravity that it may be to drink Mr. Coffee’s craptastic offering, I will concede this: it works.

You see? There is no problem that cannot be solved with a judicious application of caffeine. Which is how I intend to solve my current woe: inexplicable insomnia.

We are on the cusp of an environmental and agricultural disaster. And it is your fault, dear readers.

Yes, your fault. You and your damnable love for baby corn.

Yes, you read that right.

No, I’m not talking about the full-grown but severely stunted ears coming out of Colorado.  I’ve already warned you about that. I’m talking about healthy, tasty, crunchy baby corn. Infant corn. Prepubescent corn.

I long ago eschewed the delicacy when I perceived the looming extinction event. I had the foresight to see it coming and had time to slowly wean myself of the addiction. But voracious consumer of the stuff that I may have been, my abstaining from the tender vital wasn’t, and isn’t, enough.

That’s right. Corn is on the verge of extinction.

What did you expect? If we keep harvesting and eating corn in its infant, or, even worse, embryonic stage (I’m talking to you, vile popcorn lovers!), there will be no mature adult corn cobs to propagate the species. The folly of our management of this particular consumable is self-evident.

And yet society continues to clamor for more and more baby corn, as if utterly blind to the consequences.

It disgusts me, but my disgust does little to save this staple agricultural species.

Instead of my disgust, we need an advertising campaign, something to make the general public aware of just how close to corn genocide, or as I call it, cornocide, we are.

Though perhaps we shouldn’t include my disgust in that campaign. It’s pretty…heady…stuff.

You know, something like that anti-baby seal clubbing campaign a few years ago, with long lingering shots of soft-eyed baby seals, seemingly imploring us to reach into their Arctic habitat and personally intervene to save them.

Of course, baby seals aren’t the greatest example. The meat is so soft, so sweet on the tongue, falling right off the bone. If anything would make me give up my militant Veganism, it’s blackened baby seal encrusted with macadamia nuts.

Maybe some ads with ears of corn listening for the sound of their salvation? I can see that working on television, but we’ll need a better angle for radio.

We could show the kernals of corn screaming as they pop in the popcorn maker. That’s pretty striking, right?

The point is, people, you need to stop eating baby corn. Wait until the damn ears have spawned at least a couple of litters before you chow down on them.

Otherwise, corn will go extinct, AND THEN WHAT WILL WE FEED OUR CORN-FED BEEF???

Oh yeah, and there will be no more baby corn. What’s the point of living if you can’t have baby corn?

And now, a word from our sponsor: me!

Click here to check out my forthcoming book, Marlowe and the Spacewoman, coming out January 9th, 2012 (Balloon Ascension Day)!

Posted by ianmdudley on 26 October 2011 in Angst