Tag Archives: Don’t even get me started on Event Horizon. That movies was a terrible knock-off of Solaris.

Talk about a phobia that really sucks

The way things have been going in my life lately (dark, generally unpleasant, pulling me inexorably downward, outright terrifying), I suppose it’s only reasonable to talk about my biggest phobia (which is second only to my abject terror of Cuisinarts).

I know it’s irrational. We aren’t near any black holes. I’m not in any danger of enduring extreme time dilatation and coming back to see my kids old and dying. I’m not about to get thrown into one and experience that latest slimming fad, spaghettification,

But phobias aren’t rational now, are they? 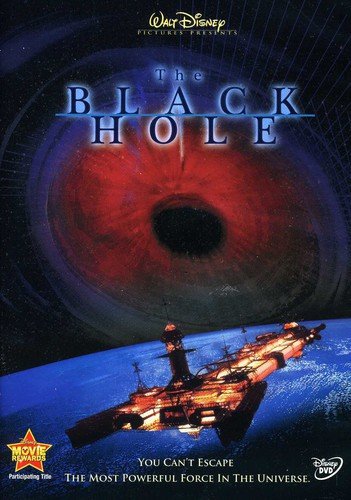 Not visible: the heart of the black hole. According to my nightmares it’s a spinning Cuisinart blade. 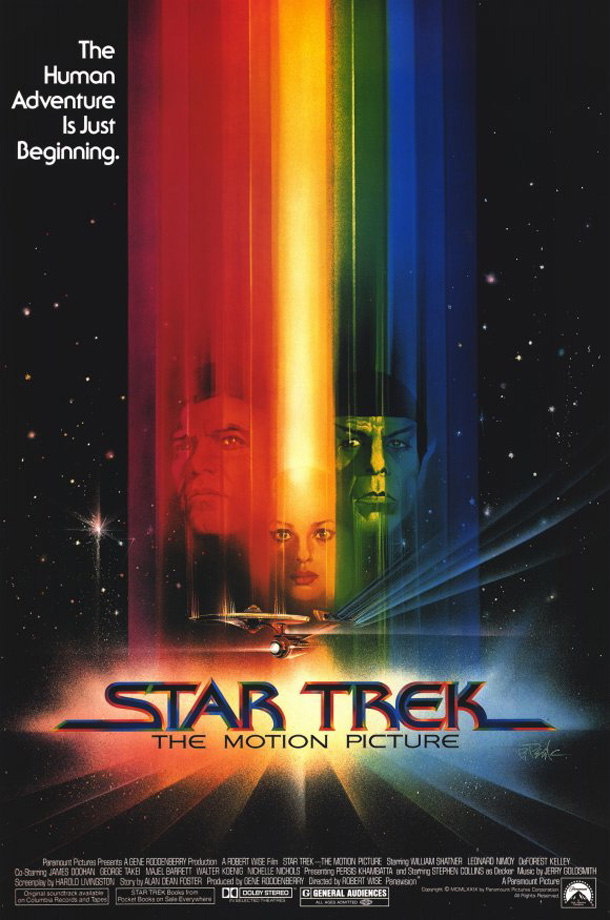 Dad eventually took us to both. Could have been worse: it could’ve been Star Trek: Generations.

It all started when my dad couldn’t decide which movie to take us to, The Black Hole or Star Trek: The Motion Picture. Ultimately, there was no good choice on this front, but still he rolled the dice and took my sibling and I to see Disney’s The Black Hole.

He must have thought it was a safe bet. I mean, it’s a Disney movie. How could it traumatize a young child?

In a Disney movie, it’s not like you have to worry about things like a momma deer getting killed by a hunter, thereby orphaning an adorable baby deer which then has to fight off a pack of hungry rabbits that announce their imminent attack via ominous thumping sounds, right?

So we saw it in the theater and, quite predictably, I cried when Old B.O.B. died.

But that’s not what launched my ignorant, child’s-eye view of terror when it came to black holes.

It was when Maximilian, the evil red hovering Cuisinart, killed Dr. Alex Durant (played by Anthony Perkins), slowly advancing on him with that rotary weed-whacker on steroids.

(I mean, what the hell does a robot in space even need with a built-in food processor unless it is a chef bot, which Maximilian definitely was not? Thanks again, Disney, for feeding my childhood nightmares so lavishly! I guess Bambi wasn’t enough, huh?)

So I forever associated that swirling black hole image from the movie with a whirring, shaky, shredded-paper-flying-everywhere death.

Later, I got older and in the arrogant manner of a teenager, tried to conquer my fear by knowing everything about it. Now, if you’ve read even a tenth of what is out there about what black holes can do, you know that further education, in this particular case, is a doozy of a mistake! The more I learned, the stronger and denser my fear became until nothing, not even cool rational thought, could escape it.

So I did what anyone else in my place would do: Avoided all references to Soundgarden and then went to a hypnotherapist who, after months of intense sessions, erased all awareness of black holes from my conscious mind.

(Apparently I also lost some of the details from Bambi, but to be honest, I’m not really sweating that.)

Flash forward a few years and, not knowing much about the plot, I went to see Interstellar (in IMAX, no less!!). All those hours of expensive hypnotherapy? Flushed down a black-hole powered toilet.

And, considering the (somewhat) more scientific accuracy of Interstellar, my nightmares were now even worse.

But with the help of an understanding wife who brought me a steady supply of food, I found solace in an extended stay in an isolation tank. An isolation tank, I should add, with one minor addition: it had a light.

When I first went in, I wasn’t thinking clearly and hadn’t added a light. It took me a week to claw through the sound-proof door of that chamber and make the necessary modifications. A week that felt like years. Or a different sort of relativity than what Einstein came up with. I call it the Not So Special Relativity. The closest way to experience Not So Special Relativity if you don’t have an isolation tank and a fear of black holes? Watch all of Carrot Top’s movies at full volume but half speed, twice.

I was forced to come out of my warm, brightly lit, comfy tank once my Medical Leave of Absence expired, but fortunately the respite served me well and I was mostly recovered. I was certainly well enough to resume a useful, productive life. Dark stars were a fleeting thought bubbling far back and in the depths of my psyche, only really bothering me in an occasional recurring nightmare (that also, for some reason, featured Carrot Top).

And then, this. This image exploded on the internet and I couldn’t go anywhere without seeing it: 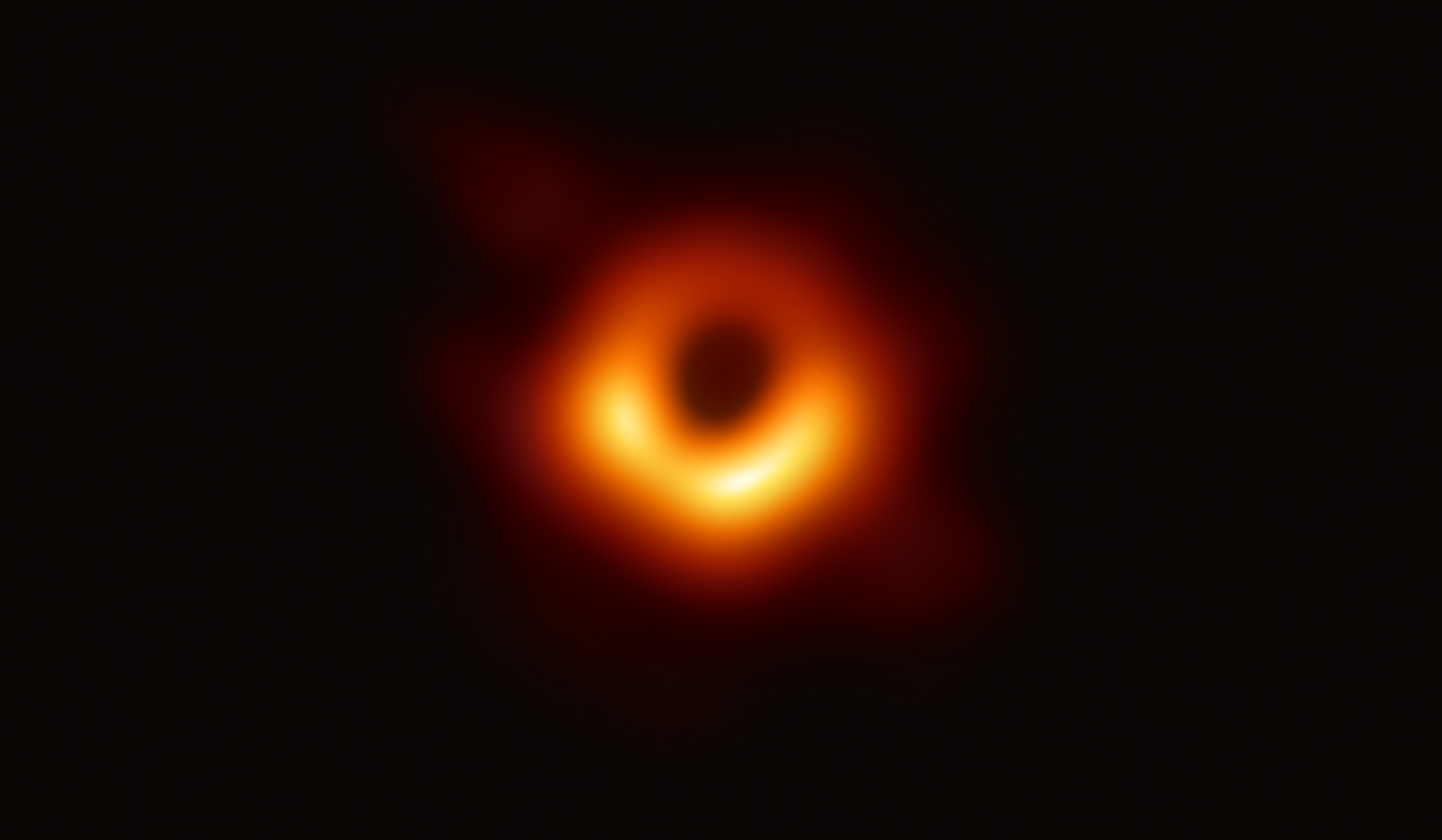 Objects in mirror are larger than they appear. Image credit: NSF

I used to think of science as a friend, but now that friend has shown its true colors: black and orange and oh so cruel.

These days I find myself staying clear of open spaces, lest I find myself plucked up off the Earth and dragged into relativistic hell, and strapping myself into my chair every time I sit down at my desk (the seat was…recently…bolted to the floor). That, a steady diet of the Twilight books on audio (as read by David Hyde Pierce, of course!), and a root canal or two should have my brain numb enough to cope with existence soon enough.

Tags: black holes, David Hyde Pierce, Don't even get me started on Event Horizon. That movies was a terrible knock-off of Solaris., Event Horizon telescope! Egad they're playing with fire! We don't want an event horizon anywhere near Earth!, I did NOT ask for a first image of a black hole!, Order a Maximilian Cuisinart 2000 now and get an extra set of blades free. Operators are standing by!, Soundgarden's Black Hole Sun video didn't do anything to help me with my fear, Star Trek: The Motion Picture, The Black Hole, The literary equivalent of a black hole is Moby Dick. The prose is so dense no advanced AP English course can escape it!