Look at this amazing haul…of books and shivers.

Being an avid reader and aspiring writer, I listen to NPR a lot.

That’s not important here. And it’s rude to ask.

My point is that by listening to NPR, I am often exposed to things I’ve never encountered before.

Who knew tweeners made videos about all the cheap, fashionable clothes they bought that week?

I sure didn’t know, and probably didn’t need to.

This weekend, the rerun of This American Life featured ASMR, or Autonomous Sensory Meridian Response, videos.

Basically, they’re videos that make you sort of shiver/tingle in your head.

Yeah, weird, so it caught my attention. And held it.

A common trigger is whispering. Based on the innocent presumption that was the only trigger, I started watching a few of these videos.

There are way more triggers out there than just whispering.

Or, technically speaking, phones. They usually use YouTube instead, which is notoriously one-way in real-time.

But while there are some really freaky-deaky triggers out there (I’m looking at you, ‘please stroke your hand with a makeup brush’ person), I can’t deny that they work.

OK, to be clear, the makeup brush one did not work for me. But the whispering ones do. It’s really trippy.

Not for me, of course, I’m far too socially well-adjusted to succumb to something as droll as internet addiction.

But some of these videos create the illusion of shared, casual intimacy. That you’ve just sat down with an old friend who is stroking your face with a makeup brush as you chat.

And that, despite being entirely illusory, is powerful stuff.

Being a man who likes to throw his power around, I just had to make my own ASMR video.

Put on your headphones (for best effect) and click below to learn deep, dark secrets of my book hauling that will make your brain tingle.

If you need me, I’ll be alone in my man cave, watching some ASM-, er, listening to an NPR stream. Yeah, that’s it. That’s the ticket.
—

Posted by ianmdudley on 8 April 2013 in Life

Tags: ASMR, blake shelton's naked cuticles, books, brush, carbonation, fashion, gum chewing, hangnails, haul, i am reminded of acid reflux and how uncomfortable it can be, i wonder if the people who make these videos worry about stalkers, illusory sense of casual intimacy - that could not possibly lead to trouble, indigestion, joyride, makeup, nail clipping, NPR, paper, pledge breaks - if I could opt out while listening in the car I would totally pledge, role play, roxette, snap crackle pop, soft-spoken, This American Life, Trigger warning: triggers, trivia note: it took longer for YouTube to process my video than I took to make it, water, when is phone sex not phone sex? When there is no sex and no phone. Duh., whisper

Hats! Hats! My kingdom for hats to come back into fashion. 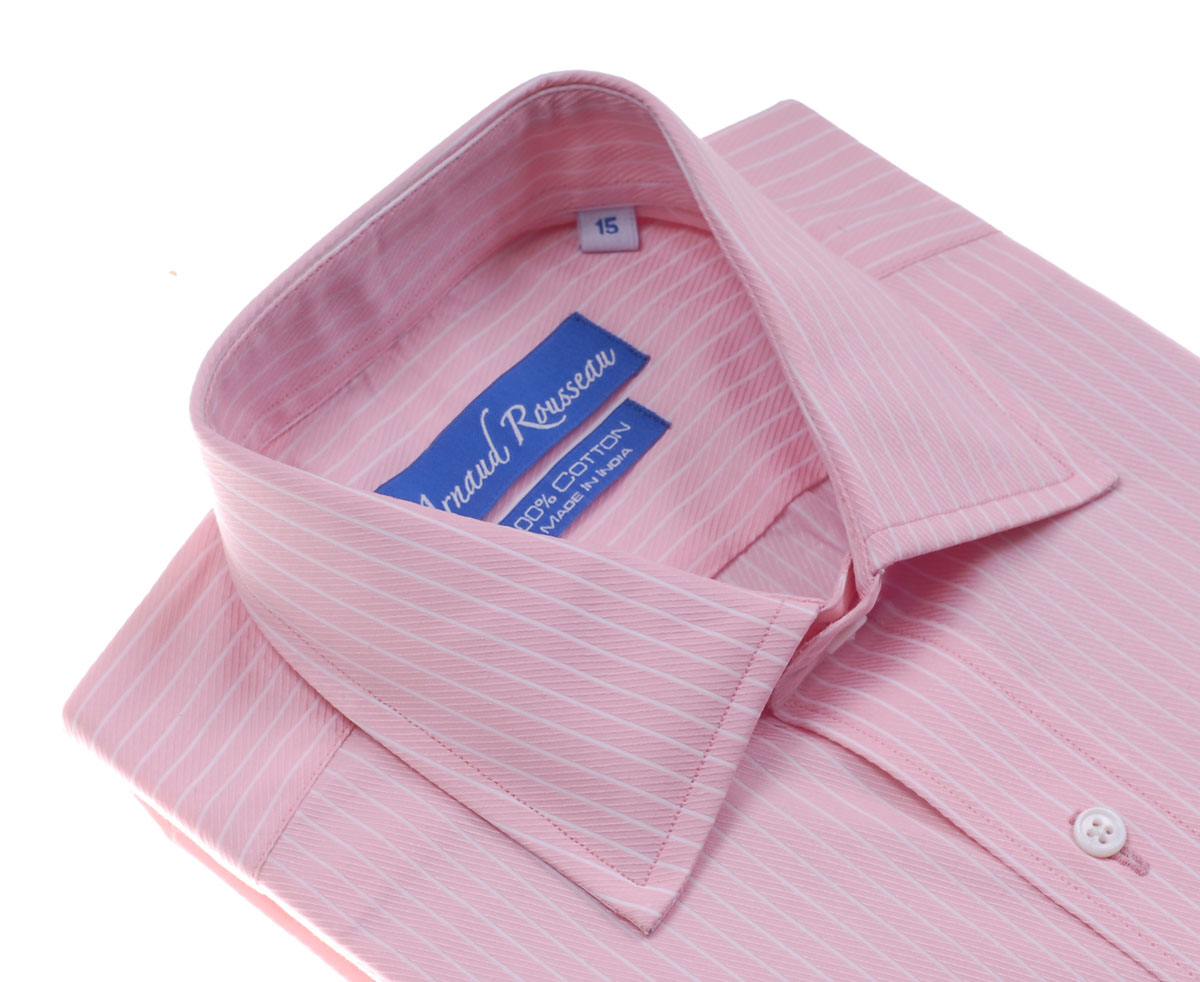 Men’s dress shirt, aphrodisiac, or both?

Hats need to come back into fashion.

You know how when a woman wears a man’s dress shirt, everyone is all “Ooh la la, sexy!”?

That’s what men need from hats. And what we used to get from them.

But right now, hats are code for “I’m a bald man trying to hide this fact until we’re alone, half undressed in a dark room, and if you notice by then you’ll be too far gone to care.”

And now that the ladies know this, hats don’t work for crap.

Except for keeping the sun and rain off your face. If the brim is wide enough.

“What’s wrong with just wearing that men’s dress shirt?” you ask. “Surely if it works for women, it must work even better for men, given that the shirts are designed for men.”

This was years ago, before the missus and I had kids (back when the ‘intimate relations’ option was still on the table, and we had enough energy to climb onto that table together to get it).

Here is how my disillusionment unfolded, all those years ago:

The missus calls to me from the other room, with the sort of urgent tone that suggests ‘intimate relations’ are imminent.

Needless to say, I rush to her aid.

She’s wearing one of my dress shirts. Ooh la la.

And nothing else. Sexy.

So far, looking good for the dress shirt.

My dress shirt is lying on the floor, ever so slightly closer to me than the shirt I’d been wearing before the transpiration.

Given my generally spent condition, I reach for the easier to reach dress shirt. I put it on. I look at myself in the mirror.

It does nothing for me.

It does nothing for men in general.

It does absolutely nothing for the missus, who looks vaguely unsatisfied for some reason.

I think the problem with men’s dress shirts not making a man look sexy is precisely that it’s designed for a man. That makes it intrinsically un-sexy when worn by a man.

I take this thought to the next logical conclusion.

Next thing I know, the missus and I are in couple’s therapy, and she’s bawling to the therapist how I’m a cross-dresser and therefore must not find her sexy, and this explains all the shortcomings in the bedroom.

The what in the bedroom?

I will also point out that stiletto heels, a thong, and a strapless mini dress (no matter how festive the print) are not comfortable.

At least for a man to wear.

So just because it isn’t designed for your gender doesn’t mean you’ll look good in it.

Which is why hats need to come back in style.

When you see a man in a hat, you should subconsciously think, “Ooh, now that’s a sexy man.”

Unfortunately, since bald men have hijacked this fashion accessory, now most people thing, “Ew, he’s probably a chrome dome under there.”

Don’t misunderstand. I have nothing against bald men.

I just loathe your very existence for ruining hats for me.

See, there was a day when every man wore a hat. Look at the 1940s, 50s, and, to a lesser extent, when the baldies starting crowding our sexy territory, 60s.

How did they work? How did they make women (and, presumably, gay men) think, “Ooh la la, sexy!”?

I will illustrate with a picture.

Because bald men have hijacked hats, I would look sexier wearing an inverted diaper pail. Sad, but true. Very, very sad but true.

As you can see, the shape and fit of the hat suggest a much larger cranial volume (the purple line) than is actually available (the red line).

The subliminal message this sends to women is, “That man has a huge brain, and therefore must have a superior intelligence to that bald freak next to him with the flat head. I must procreate with the cerebral one!”

The woman then finds herself unable to resist throwing herself at the hatted man.

Geez, I really miss those days.

At some point, I think a woman was pondering how to help her single, unattractive, flat-headed bald friend get a date. If for no other reason than to get him to stop hitting on her. While pondering this question, a man in a hat caught her attention.

Right after the inevitable coitus, her thoughts must have returned to that pathetic friend and she had her dark epiphany:

“Poor, lonely bald Norman should start wearing a hat to look sexier! If he did, he could get a date at, no pun intended, the drop of a hat!”

Yes, she actually thought that ‘no pun intended’ bit.

There are people who talk about going back in time to kill Hitler. While one could debate the merits of such an endeavor (would it stop World War II, or just put a more competent military strategist in charge of Germany, thus changing the outcome of the war), this is not where I would start with historical corrections.

I would find that moment, that woman, and I’d kill her. Oh, I might have spared her, might have attempted to reason with her, but that pun.

That pun sealed the deal.

Oh, and I’d kill that bastard trendsetter Norman too. The jerk.

Now if you’ll excuse me, the missus takes a very detailed inventory of her closet every morning, and I have to get this dry-cleaned dress back in it before she notices it’s missing.

Posted by ianmdudley on 13 June 2012 in Angst, Conspiracies Out To Get Me, Guilty Until Proven Innocent, Life