Tag Archives: Really Wordpress? Nubile is not in your built-in dictionary? What kind of social media company are you?

Portrait of the non-artist as a middle-aged putz

Books sales notwithstanding, everyone knows that I’m an amazing, perfect writer.

I built that writing skill myself, with only a minimal use of schooling or the infrastructure required to make that schooling possible (i.e., cars, roads, traffic lights, law enforcement to make it safe for me to go to school, teachers, text books, pencil manufacturers, Cliff’s Notes publishers, etc.).

That’s right: my books are 100% free of government intervention.

Given my fierce, own-bootstraps one-upmanship nature, I decided it was time to branch out creatively.

I decided to take up something easy.

Naturally, this is something I need to build myself, without costly taxpayer bailouts or subsidies. And my ultimate goal is to reach a level of skill where, once I put out the word for nude models to sketch, a legion of athletic 20-something nubile au pairs will volunteer to pose while watching my kids.

The only requirement I will use to winnow down the host of applicants, beyond the nubile, athletic 20-somethingness of them?

An ability to stand for hours under bright lights while glistening with oil.

The Missus, having just peeked over my shoulder and read what I’ve written thus far, has stipulated a new requirement, bringing the total must-have skills list of my potential models to:

And to that end, I dug through all the how-to books I bought on drawing about ten years ago (total, 2), and settled on Drawing; The Head and the Figure by Jack Hamm.

(An additional selling point on this book? Lots of sketches of nubile, athletic 20-something women who may or may not have been au pairs at the time, but almost certainly spoke American. Alas, glistening in oil was evidently not in vogue at the time this book was published.)

I am also going to document my progress from virtuoso to prodigy here, on the blog. Because I know you all want to bask in the glory of my art.

The first exercise is The Head – In Six Freehand Steps: 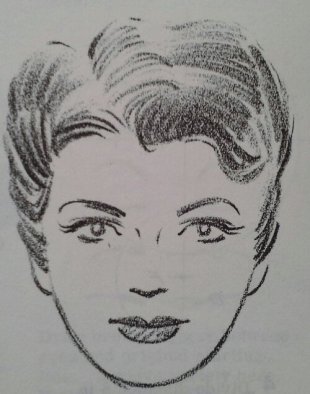 Looks straightforward enough, yes? And now, my attempt. Please, withhold your accolades until I’ve completed this blog series on becoming a greater artist. 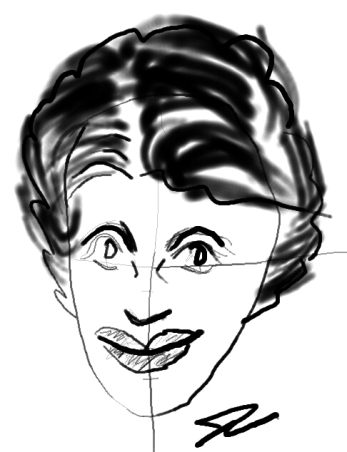 Yes, but you have to admit, her hair is holding up quite well considering she appears to be in a wind tunnel right now. That takes real talent.

Just to put that in perspective, let’s place them side by side. I won’t say which is mine or which is Jack’s – let’s see if you can suss out the subtle differences: 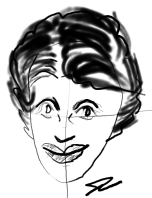 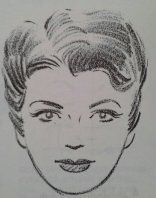 You can call me Jack Jr. if you want. Jack wouldn’t mind.

I have to say, I am very excited about my efforts thus far, to the point I’m starting to question the need to continue with the book and instead just put out a call for models.

But I made myself a promise to do the whole book, and if I lack discipline there, how will I ever amount to anything artistically?

Edit: And another lesson down. This one is called Head Construction – The Double Circle and I followed the instructions to the letter (except the part about using a compass to draw circles – that would just scratch my tablet screen!).

The first sentence? “A mechanical method of setting down the proportions of the ideal female head.”

I guess Jack thinks the ideal female is Batman or Robocop, in which case, nailed it! 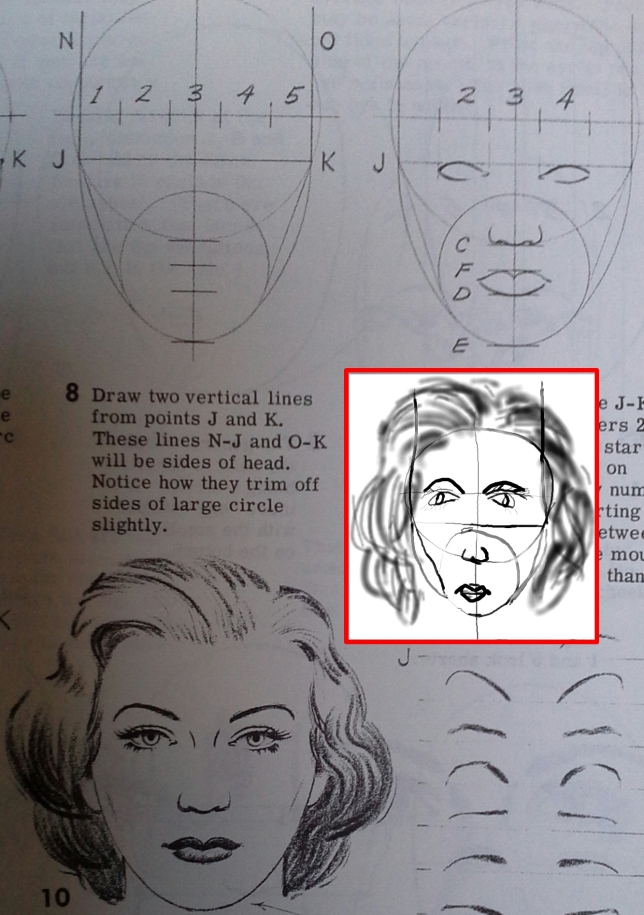 I wouldn’t want to run into her while mugging someone in a dark alley.

Part two of my epic artistic train wreck can be found here. 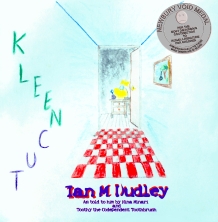 Tags: 1960s style sketching FTL (FTL does *NOT* stand for Faster Than Light), au pair, covered in oil, drawing, Drawing: The Head and Figure by Jack Hamm, for some reason the further along i get in writing this post the angrier the Missus becomes - i am very confused, glistening with oil, government intervention is destroying the publishing industry, i do not regret applying for that government grant to write my book only that it was rejected, Jack Hamm, nubile, nubile athletic 20-something au pairs glistening in oil, nude, nudes, really scary search terms will lead to this entry, Really Wordpress? Nubile is not in your built-in dictionary? What kind of social media company are you?, self-made sketch artist makes good...in the land of the blind and poorly sighted, the head - in six freehand steps, what other fetishes can I fold into this post?, with a face like this i cannot wait until I get to the chapter on breasts!