Reruns, Or Why Society Is Doomed If We Don’t Stop Them At The Source

The following is an encore presentation of a previously published blog post. 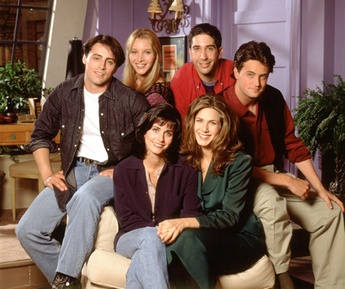 Funny, they don’t look like the sort of people to be undermining Civilization as we know it.

With most television programs, it’s hard enough to sit through them the first time, let alone endure them again, usually in no particular order, for several months before finding out how that cliffhanger ending is resolved.

To add insult to injury, the commercials aren’t reruns at this point – they’re all new. And yet still just as annoying as their predecessors.

I find it strange, though, that this disdain for seeing the same material is largely limited to television.

Books, for the most part, are exempt from this phenomena.

I have books I love to re-read. I’ve even gone out of my way to buy rare editions of some books, which I tuck away in a safe location, along with ‘throw away’ copies that I use for actual reading purposes.

So clearly I am not suffering from some inherent inability to enjoy being immersed in the same material multiple times.

This suggests the problem lies elsewhere.

So what is it about TV that makes me hate reruns?

Or is that the right question? Maybe I should be asking a different question.

What is it about books that make me love them enough to read them again?

I suspect the two questions together provide the answer. The explanation lies in the mediums themselves.

The short answer is that TV is crap and books aren’t.

But that’s not the complete answer. Oh, to be sure, there is a lot of crap television out there. Mostly reality TV, but not limited solely to that genre.

And there are definitely horrible books out there, books that should never have been published, books that, by their very existence on shelves at the bookstore (or on Amazon), and by the number of people who have read them and recommended them, make me wonder what I’m doing wrong with my own books, which by any empirical examination are just as good as, if not better, than these popular abominations.

I offer, as examples, anything written by Stephenie Meyer and that fanfic Frankenstein of a book, 50 Shades of Grey.

And therein lies the true answer.

More specifically, idiots. The lazy people who glom onto a popular trend and crank something out to mesh with it so quickly they don’t have time to give the concept depth or heart. People who use the shortcuts of previously established characters, stereotypes, or a glamorized version of themselves to build a plot around.

Television seems more prone to this for some reason. Perhaps because of the commercial interests that fund the programs, forces that, in the interests of making as much money as possible in as short a time as possible, quash the writer’s creative control.

Because what writer, for television or books, who truly loves his or her characters, wants to have short, interchangeable story arcs for those characters? But to do otherwise is anathema to the network execs who want one-off episodes that can be run in any order once they reach syndication.

The profit-centric nature of television dooms most programs to be nothing more than flash-in-the-pan, wham-bam-thank-you-viewing-public short-term investments.

This is not to say that books don’t have commercial interests influencing them as well. The ‘gatekeepers,’ as they are sometimes called, who review potential books for both quality and salability.

That’s right, quality and salability. Some quality books don’t get picked up, or have a hard time finding an agent or publisher, because they aren’t considered commercially viable.

So yes, money does have influence when it comes to books.

But writing a book is an intensely personally endeavor, and in general, is done before the author seeks the approval of an agent or publisher. If the writer is good, the quality is there before the bean counters can step in and pervert the author’s vision in order to maximize profits.

Yes, editors will make suggestions and point out problems to fix. Yes, authors need editors to see the issues the writer is too close to perceive. But once your work has made it to the attention of a publishing house’s editor, it has already run the gauntlet, has pretty much passed the point of heavy interference by corporate accountants, and been found worthy enough in its current state to move forward.

Television writing can be like that, but rarely is. Because while books certainly aren’t cheap to make, television shows are profoundly expensive to produce in comparison. So all the stakeholders, including the bankrollers, insist on having a seat at the table.

This is an important distinction, in case you didn’t catch it:

Which is a shame, because I think that leads to a lot of bland television programming designed not to offend or make viewers think too hard so they’ll have more mass appeal.

That’s not something you can say about books. At least, not yet.

The day all books are ‘produced’ is the day civilization as we know it, a culture striving to expand our wisdom and better ourselves, is over.

Up until now, if someone bought a book, they bought it for the intellectual exercise of reading it. They bought it to be challenged, enthralled, exposed to something new, to think about what they’ve just been exposed to.

That’s the noble nature of books.

Except erotica; most of that is written to get the reader off. While I won’t pass judgment on that final goal, I will say it is definitely, if the direction and flow of blood is taken into account, not intended to make the reader think.

But if people stop buying books for these noble reasons, if they just want the trendy titles on their coffee table so they fit in, or they’re hoping the visible spine of some profound novel on their bookshelf will seal the deal with that intellectual Liberal Arts major they brought home, then we’re already well down the path of produced books.

In which case, people are better off watching television.

Or reading erotica. At least erotica, if well-written, offers the promise of a happy ending.

Posted by ianmdudley on 6 June 2012 in Fanfic, Other Blogs, Reading