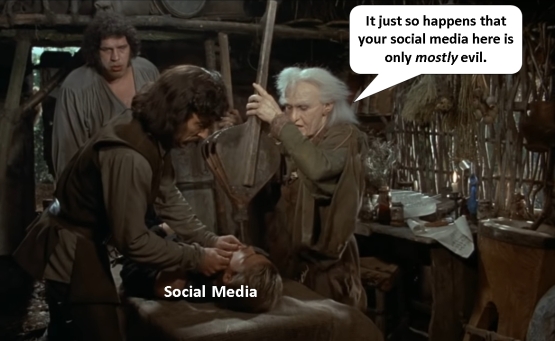 I Don’t Want To Embrace My Inner Child – He’s A Total Prat (And Not In The Good, Sociopath Way)

It might be the grey hair. Or the onset of constant low-level joint pain. Or the fact that a pack of teenage girls recently rolled their eyes and laughed at me, saying, “Not a chance, grampa!”

For the record, I was not hitting on them. One was wearing an improbably short, impressively garish orange and purple plaid mini skirt, more lacy trim than skirt, to be strictly honest, and along with the mohawk and Wellingtons, how could I not stare?

But feeling old reminded me of that old saying about getting in touch with your inner child.

It might be the yahoos on the freeway, cutting me off. Or the power walkers on residential sidewalks who won’t get out of my way (share the road, bitches!). Or that old lady ahead of me in the line at the bank, depositing a thousand dollars into her account, one penny at a time.

It makes me feel like a tea-pot that’s about to explode.

Seeing as how these two facts combine to make me an old, poorly engineered tea-pot that’s bubbling with rage, I started thinking about forms of release.

(It’s possible that The Dark Knight was on TV when I came up with this combination. It’s an awesome movie, and has probably inspired countless other brilliant ideas.)

What’s not to like about this idea? Let’s review:

Sociopaths don’t care about anyone or anything.

Sounds perfect! I don’t want to fear the consequences of my actions, and I certainly don’t want undue concern for my fellow humans to prevent me from running some a-holes off the road (or shoving them into a bank vault that’s on a timed lock right before it closes on a Friday afternoon). Let’s do it!

Come on? Who among you hasn’t wistfully thought about going on a rampage down the streets of a major city, controlling a crime syndicate while battling masked vigilantes?

Oh, but wait. I suppose getting in touch with your inner sociopath is like losing your virginity. Afterwards, everything changes, and you can’t go back, so you want to make sure you wait for the right moment, the right person, before you surrender to that dark, ever-hungry urge.

Because there’s no returning from this journey. Like sex, once you’ve tried sociopathy, you can’t stop. You just want more, more, more, and then you stumble across a saucy little number in a garish mini skirt and she calls you “grampa.”

So for now, I bide my time, taking comfort in knowing that I’m not alone in the struggle with this question, that we all are wondering when we should cut loose and let our wild and crazy out.

And now, a word from our sponsor: me!
My book, Marlowe and the Spacewoman, is now available!